The graphs below represent both 100% and 150% graduation rates for the Associate and Baccalaureate cohorts, respectively.  A cohort is defined as incoming first-time, full-time students for the indicated fall term. The 150% rates include those who graduated within the 100% timeframe.  It is important to note that students are counted as a graduate regardless of what level they achieved a degree; for example, if a baccalaureate student earned an associate degree but did not earn a baccalaureate degree, they are still included below.  For both associate and baccalaureate graduates, the 150% rates are much higher than 100% rates, and have remained fairly consistent over a six-year period; associate cohorts in the graph range from those entering in the Fall 2011 term through Fall 2017, whereas baccalaureate cohorts range from Fall 2008 – Fall 2014. 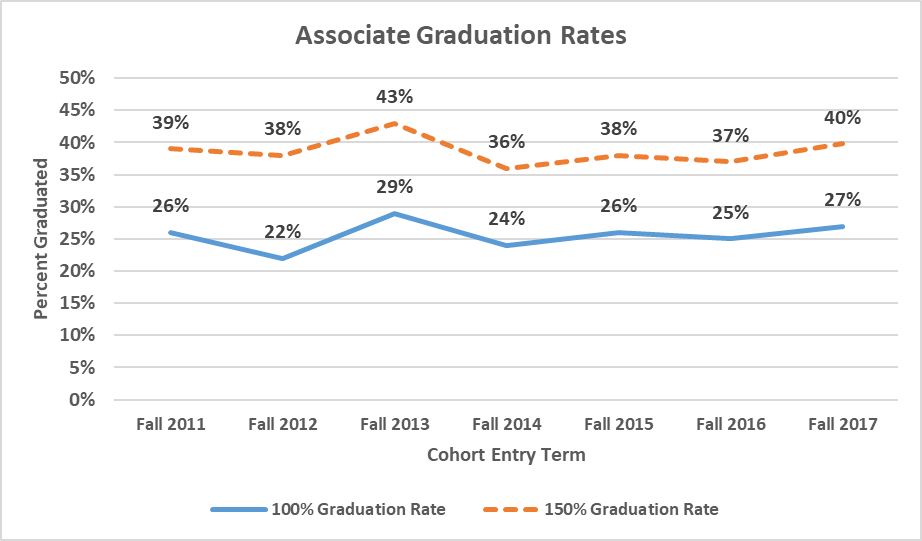 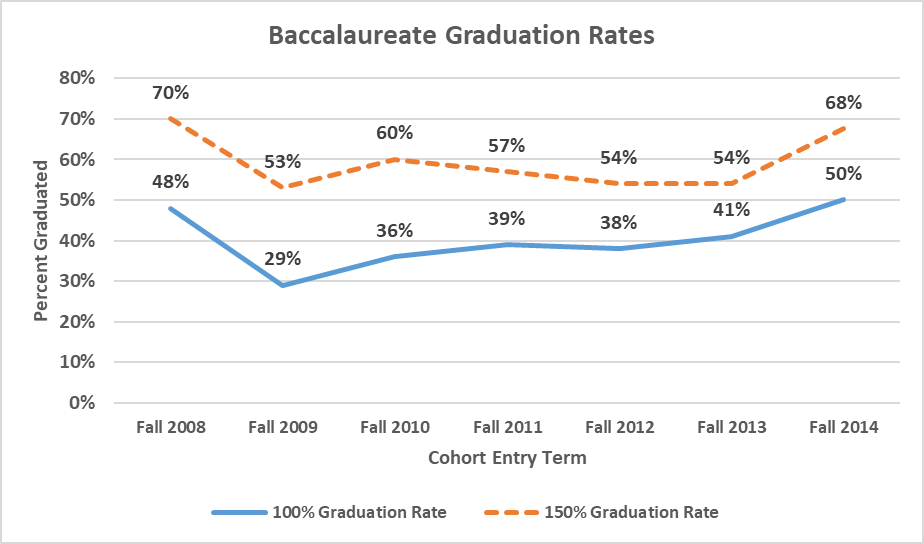